Certainly, mascara covered eyelashes are the topping of every eye make-up style. Nicely marked, eyelashes can shape our face and emphasize the look. But, is Maxi Lash So Volume mascara from Guerlain able to perform the way we would like it to work?

According to the producer, Maxi Lash So Volume mascara from Guerlain is here to thicken, lengthen and, in general, volumize our eyelashes. Basically, the mascara does it, nevertheless, the effect is rather flimsy. When somehow you decide to cover your eyelashes with this product, all you will gain, is the unacceptable outcome. What is it all about? Stuck eyelashes, badly-decorated with black clumps. As a matter of fact, there is no particular reason for such a result. Maybe, this can be the fault of the applicator since it gathers too much of the product on its rubber bristle. Generally, you can remove the excess of the product against the edge of the phial neck or take a tissue and wipe the brush a little bit, but how much of the mascara will we waste? Perhaps, the blame should lay on the applicator, and to be more precise, on the bristle itself? The producer designed the applicator with rubber, tiny and densely placed bristle. It is extremely difficult to brush eyelashes with such an applicator. What makes the mascara application even worse, is putting additional layers of the products on the eyelashes. Admittedly, the lashes seem to be longer, but still, these remain simply unattractive. And maybe the core of the problem lays in the manner of covering the eyelashes? Generally speaking, it is suggested to coat eyelashes with so-called zigzag movement, starting from the roots and ending on the tips of eyelashes. After that, it is advisable to brush the mascaraed eyelashes with a special separating brush.

Less of that, let us focus now on the positive sides of Maxi Lash So Volume mascara from Guerlain because it has got some positives. What has to be stated, the package of the product looks enormously appealing. In the middle of the phial, there is a golden stripe placed with the producer’s logo engraved. Nevertheless, to see the phial, you have to take it out of the little, black, cardboard box first. Another advantage, Maxi Lash So Volume mascara has got gentle, flower scent. One can sense notes of rose, jasmine and raspberries. Worth mentioning, the mascara is available only in one shadow, black. With this in mind, Guerlain product will work with classic eye make-up style performance.

You need to know 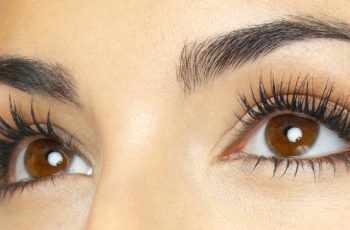 Lash extensions has become the most popular form of making … 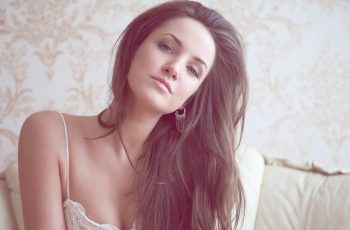 Nowadays, we are surrounded by stunning woman winking at us … 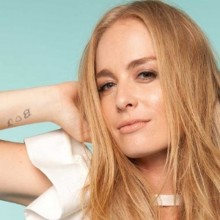 My name is Angelica Beggbie and I am a beautician having 14-year experience in practice. I started my cosmetic journey in 2001 in my hometown, Northampton. In the meanwhile, I went to the second continent in order to acquire new useful skills. During 8 years spent in the United States, I was developing my knowledge working as a beautician as well as attending numerous courses and trainings.

At some moment in my life, I decided to dedicate myself to dermocosmetics and specialized cosmetology. 2013 was the watershed year since I decided to return to our motherland and employ the acquired knowledge by setting up my own beauty parlour - Pearl of Beauty. I managed to implement my plans in September 2014. Since then, I am at your service.